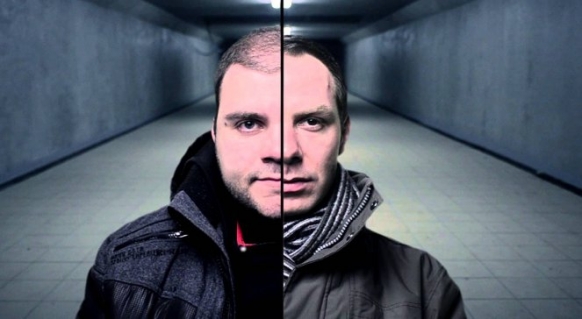 Łona and Webber, an unmatchable rapper and a classic producer will perform on the 25th of October for the first time in Dublin! At the concert there will be a collection of material the truly encapsulates the great creation skills of Łona and Webber. We will hear the classic hits from the duos debut album as well as their brand new hits from their latest CD.Łona and Webber are a duo coming from Szczecin, they include the rapper Adam (Łona) Zieliński and the producer Andrzej (Webber) Mikosz. At first they were known mostly because of their membership in the formation Wiele CT, with whom they produced the CD „Owoce Miasta”. As early as then the unique and humorous style of Łona’s rapping attracted many listeners, as well as the traditional New York style of Webber’s beats. Last year was the tenth anniversary of the release of the “Koniec żartów” CD produced by the duo and released by the well known and respected Asfalt Records. Their album “Cztery i pól”, released towards the end of 2012 was nominated with the status of the golden CD. The boys create something called an intelligent kind of rap, filled with humour and a deep analysis of the typical Polish community. It includes irony, criticism and of course a good bit of laugh. The fat bass generated from Webber’s beats and the living energy from Manola’s (Jose Manuel Alban Juarez) drums is a combination that will prevent you from standing still during the entire concert! A great party is on its way with the best of the best in their speciality on stage. As a warm up we will be welcoming ZGAS – the only double European champion in human beat box and also DJ Matjazz included in the DJ culture since the 90’s who supported many artists such as Fisz & M.A.D, Freddie Cruger aka Red Astaire, Funky Porcini, Hexstatic, Jaga Jazzist, Krufty Kuts, Michael Reinboth. Also on stage we will see an uprising star of the local rap scene – ShoBiz.
Gates will be opening at 19.00, when Twisted Pepper will become filled with the beats of DJ Matjazz, the incredible beat boxing of ZGAS and ShoBiz’s rapping.