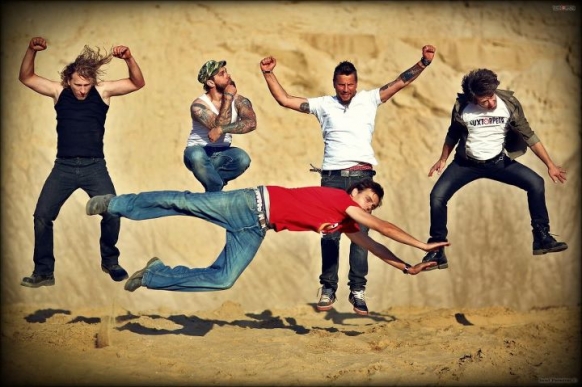 Luxtorpeda is a Polish rock band, founded in 2010 in Poznań by Robert Friedrich, guitarist of several popular bands (Turbo, Kazik Na Żywo, Acid Drinkers, 2Tm2,3, Arka Noego). The other members of band are: guitarist Robert Drężek, bassist Krzysztof Kmiecik, drummer Tomasz Krzyżaniak, rapper  Przemysław Frencel. On May 9, 2011, the band released its first album, titled Luxtorpeda, with a hit song "Autystyczny".It was named the "album of the year" by Teraz Rock magazine in 2012, and the band won several other awards ("song of the year" for Autystyczny; "debut of the year", "band of the year", "videoclip of the year" for Autystyczny). Luxtorpeda released its second album, Robaki on May 9, 2012.