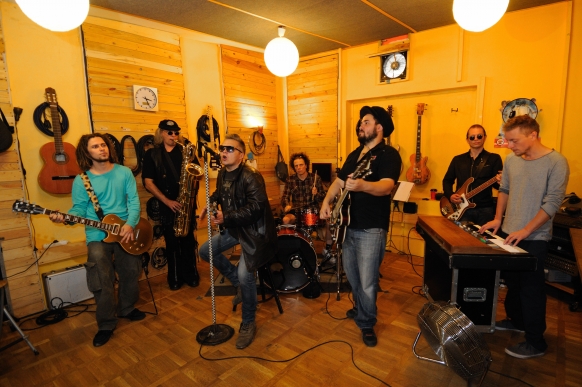 The T.Love's  concert in Dublin will be a part of a concert tour, promoting the newest album '' Old is Gold ''. The disc appeared on 16 October of this year. It is first for six years studio T.Love album. Dwupłytowe the publishing company contains 22 pieces. The album is referring to sources of the rock and roll what Muniek is talking this way about: '' we are an old, dusty rock group and we want to show kids, where roots lie ''.  On the empik.com wesite the album is described as follows:'' plate is based on old, rough, black blues from Muddy Waters' character, countrowo-climates in the spirit of folk-Dylan and Cash, or the note known Tamla Motown label. Recordings were her "business as usual" on analog tape in the studios: S3 and S4 and Analog Rogalowie, the method of the 50's when the team recorded their songs playing in one room, without any separation instrumentów.To helped T.Love back in time and return to the source rock and roll music.''. During the concert, there will also T.Love old hits. You can be sure.